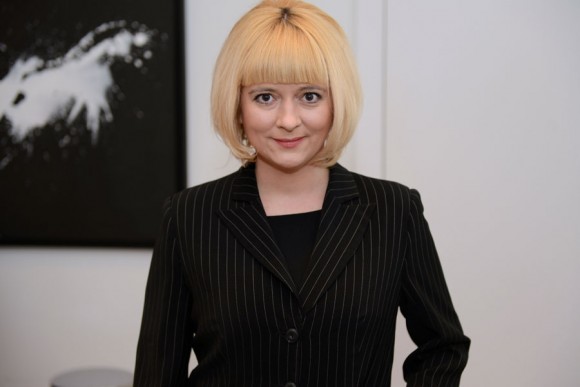 Poland is preparing to celebrate the 10th anniversary of the Polish Film Institute.  What would you say are the most important achievements of PISF during these past 10 years?

Introduced in 2005, Poland's new Film Law was the result of a fair compromise between filmmakers and supporters of the Polish film industry. This compromise created a source of financial support not only for films, but also for film festivals, digital remastering of the masterpieces of Polish cinema, the modernisation of cinemas and screening rooms, the purchase of digital screening equipment and educational programmes.

This pillar of the film financing system is predictable and stable. Financial support is granted in a transparent two-stage assessment process, judged by film experts: acclaimed directors, screenwriters and dramaturges from different generations of filmmakers.

I can't think of another public organisation in Poland that would involve the industry in the decision-making process to such an extent.

Over the past few years, we created a system that favours first-time filmmakers. We have always prioritised film debuts, these include higher financing quotas of up to 70% and a special annual fund dedicated exclusively to film debuts. Since 2006, over 100 feature debuts have been produced, on average, the Polish Film Institute provides financial support for 25 to 30 film debuts per year.

It is no surprise that I often hear our international partners say that Poland is a good environment for making a film debut. Jan Komasa, Marcin Wrona, Borys Lankosz, Katarzyna Rosłaniec, Leszek Dawid, Jacek Borcuch, Xawery Żuławski, Marek Lechki, Rafael Lewandowski, Bartosz Konopka, Anna Kazejak – these are but a few of the filmmakers who have made their feature debut in recent years. Today we can already say that they are, without a doubt, the future of Polish cinema.

It is also a fact worth mentioning that the Polish Film Institute also provides financial support for film schools where student films are produced.

A key point to mention is the fact that the establishment of the Polish Film Institute has resulted in an annual output of approximately 35 to 40 films. Since 2005, over 130 new production companies have been launched; the film market has become more diversified and is no longer dominated by five key players, as it was before 2005.

What direction for development would you like to see the Polish Film Institute take in the future?   What still needs to be done?

The individual who takes the reins of the Polish Film Institute in 2015 will surely have a vision of the Institute's future development, and that needs to be respected. It would be inappropriate for me to suggest any solutions or recommend a course of action.

Hovewer our country is one of the few places in Europe that has no incentives or tax credits for film producers from other countries! Although we have many excellent and talented filmmakers, exceptional specialists in various film professions, and many unique film locations, we still lack a system of tax incentives. Success in this area will be a success for thousands of people in the audiovisual industry and an opportunity to create hundreds of jobs.

What are some of the most important projects that the Polish Film Institute has created in the past 10 years?

One of the biggest accomplishments of the Polish Film Institute, of which I am particularly proud, was the launching of several film education programmes. The largest among these is the ever-growing 'Filmoteka Szkolna' project. In 2009, we provided 14,000 schools with sets of selected feature, documentary and animated films. They serve as teaching aids for teachers who often use them in class.

We also have a special programme for students; each year, over 2,200 students in five universities across Poland attend lectures organised within the framework of 'Akademia Polskiego Filmu,' meeting with film experts and acclaimed filmmakers, such as Andrzej Wajda.

One of the great accomplishments of recent years is the successful modernisation of many cinemas in small cities, which cost a total of 5.599 million euros. This funding was spent on renovating movie theatres, refurbishing screening rooms, and installing comfortable new seats. None of this would be possible without the Polish Film Institute.

What are some of the biggest film projects that you have participated in?

Between 2006 and 2013, the Polish Film Institute provided financial support for the production of over 200 feature films, over 320 documentary films, and almost 100 animated films. A further 100 projects are currently in various stages of production.

The number of international co-productions also continues to grow; on average we are involved in approximately 40 co-productions with foreign partners each year.

Over the past nine years, the Polish Film Institute has had the pleasure of co-financing the production of many fascinating film projects. These included not only big-budget period films, but also many intimate artistic films with relatively small budgets. We have supported films by acclaimed filmmakers, while at the same time always giving priority to film debuts.

I won't name all the titles that have been particularly important to the Institute and to myself personally in recent years; there is simply not enough room to include so many titles in this brief interview. I would, however, like to reminisce on a few situations that have been a source of great joy for us.

Andrzej Wajda and Agnieszka Holland – these artists have brought us not only two Academy Award nominations, for Katyn and W ciemności (In Darkness) respectively, but also a total of almost four million admissions in Polish cinemas. I am also glad that we had the opportunity to support the production of several films by director Jerzy Skolimowski: from his Cztery noce z Anną (Four Nights with Anna), which premiered in Cannes, to Essential Killing, awarded in Venice, and his latest project 11 minut (11 Minutes) – currently in production. We are also proud to have been involved in the two latest films by Roman Polański. We supported every film by Wojciech Smarzowski, who has grown to be one of the top directors in Polish film in recent years. Małgorzata Szumowska, Andrzej Jakimowski, and Joanna and Krzysztof Krauze – all these filmmakers have found a special place in the world of European filmmaking.

How does the Polish Film Institute support the increased recognition of Polish films internationally, both in terms of distribution and festivals.

The Polish Film Institute has a number of activities that support Polish film around the world. In recent years, we have spent on average 2.5 million euros per year on various initiatives aimed at promoting Polish films abroad. We try to ensure the visibility of Polish films at the world's major film market events, including those at film festivals in Berlin and Cannes. We are an active member of European Film Promotion. Thanks to our efforts, Polish producers often participate in the Producers Network, and have joined Producers on the Move.

We help producers design their festival strategy; we use our contacts to foster relationships between Polish producers and international sales agents. We provide financial support to promotional campaigns for films, we finance Polish film festivals around the world.

Every year, Poland presents approximately 300 films at 200 international film festivals. International promotion is one of the key elements of film distribution today. It should begin already in the film's conception stage, during screenwriting, and continue even after the film's premiere.