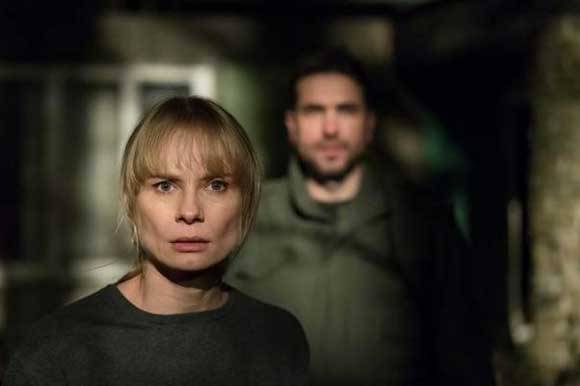 GDYNIA: Borys Lankosz’s Dark, Almost Night, based on a bestselling fantasy crime novel by Joanna Bator, will screen in the main competition of the 44th Gdynia Film Festival, running from 16 to 21 September 2019.

When Wałbrzych experiences a series of mysterious child kidnappings, journalist Alicja Tabor shows up in town. After years of absence, the tenacious reporter returns to meet the families of the missing children and to solve a mystery which puzzles even the police.

“It all started with a literary fascination. Reading Dark, Almost Night consumed me. I have purposefully delayed finishing the book for two reasons: firstly, I did not want the story to finish, and secondly, I was afraid that a story like this cannot end well, and I like happy endings. I want to believe that by striking this dark tone, the author is actually leading me towards the light that will give me a sense of hope and love“, director Borys Lankosz told FNE.

The film was produced by Leszek Bodzak and Aneta Hickinbotom of Aurum Film in coproduction with WFS Walter Film Studio, the Lower Silesia Film Centre, DI Factory and  Dreamsound. The budget of 1.6 m EUR was partially covered by production funding from the Wrocław Film Commission and the Polish Film Institute.

Producer:
Aurum Film (Poland)
This email address is being protected from spambots. You need JavaScript enabled to view it.