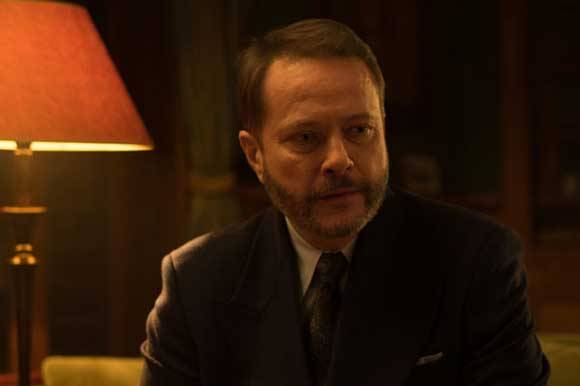 The Black Mercedes by Janusz Majewski

GDYNIA: The Black Mercedes will screen in the main competition of the 44th Gdynia Film Festival, running from 16 to 21 September 2019. The new film from Janusz Majewski, based on his novel, will open in Polish cinemas on 4 October 2019, distributed by Kino Świat.

The Black Mercedes is set in Warsaw of 1942. Aneta, the beautiful wife of a respected barrister Karol Holzer, is killed in suspicious circumstances. Rafał Król, an officer of the Blue Police co-operating with the Germans, is trying to solve the case of the mysterious murder.

“I decided to write the novel first and then make the film, because most Polish films about WWII were martyrologic and the dominant themes were the resistance to the Germans, the underground activity, the suffering of the population and the terror of the Nazis. I thought it was a one-sided approach. After all, for five years of war - I remembered it from my own experience – it was impossible to live only in fear and hunger. To survive, one had to try to make this life very normal”, director Janusz Majewski told FNE.

The film was produced by WFDiF in coproduction with TVP, with a budget of 2.9 EUR / 12.2 m PLN. The project received a production grant of 1.2 m EUR / 5 m PLN from the Polish Film Institute.

Producer:
WFDiF (Poland)
This email address is being protected from spambots. You need JavaScript enabled to view it.