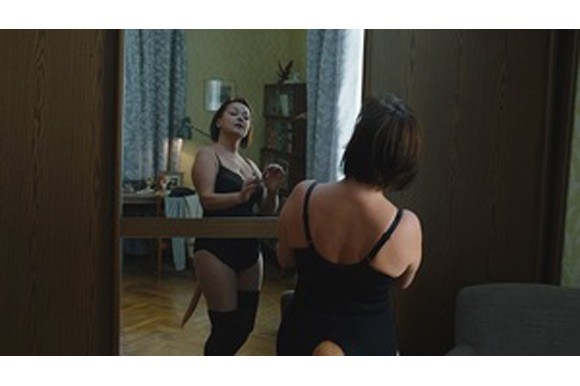 Hungarian director Szabolcs Hajdu won the 7,500 EUR Best Director prize for It’s Not the Time of My Life.

Estonia had a an honorable mention in the debut category for The Ghost Mountaineer and Georgia received the DIALOGUE Award for Multicultural Communication along with a prize of 3,000 EUR for House of Others. Bulgaria won the Best Short award for The Son directed by Hristo Simeonov.

The Cottbus Film Festival, perhaps more than any other film festival, was born out of a political moment in history: the fall of a divisive wall and the desire to retain a connection between former Communist controlled countries with their shared history. Over the past 26 years that spirit has guided the festival’s choices. This year, the force of political change was again in the air, from the festival’s focuses on Cuba with its slowly repaired relationship with the US, to the connecting cottbus market’s focus on the Ukraine with its endangering relationship with Russia. In the background, the air was tinged with discussions about the impact of nationalistic political shifts on national film industries and on the world.

Speaking to that topic, festival director Bernd Buder told FNE, “You don’t know if politics will affect film or not. There’s a reason to be scared.” Looking back at the festival’s history, he observed, “Filmmakers from the Balkan countries were able to meet here and found a way to cooperate” when political tensions between those countries were at their highest.

Reflecting on the films in this year’s festival, Buder said he noted some trends, such as “a trend to tell the story straight away, in a more direct, even documentary style.” Following this year’s focus on Cuba, Buder said he’s looking at filmmakers in Belarus and Vietnam for upcoming editions of the festival.

Supported by the Polish Film Institute, the Mazovia Film Fund