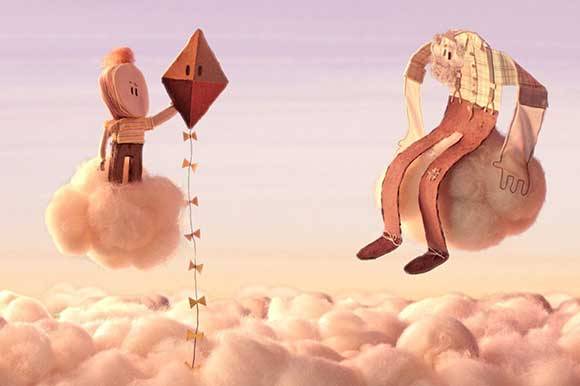 The Kite by Martin Smatana

This year the festival’s main theme for screening sections, guests, concerts and events is identity. For the first time in history, Fest Anča will have a Competition of Slovak Films, which together with an inaugural non-competitive Slovak Panorama will showcase Slovak animation from the last two years. Over 30 animated shorts and music videos by Slovak directors were registered for the 2019 competition, but the festival also spotlights older local productions. The focus on Slovak production is also reflected in the Industry Days programme. The section includes a workshop on copyright for animators by the LITA, Society of authors.

Film focus is this year curated by Czech film critic Eliška Děcká. The festival’s special guests in 2019 include British animators Candy Guard, Vera Neubauer and Tim Webb, the director of multi award-winning short A is for Autism. A special part of the programme will be dedicated to the retrospective of the Dutch animator Rosto, who passed away in March aged 50. Rosto is known mostly for The Monster of Nix, which will be screened along with his earlier work.

Game Days, which used to be part of the festival, has spun off into a separate event this year. The first edition of Game Days Trnava took place between 30 May and 2 June 2019.

Fest Anča, as the only animation festival that targets a mainly mature audience in Slovakia, is financially supported by the Slovak Audiovisual Fund and LITA. The programme and most screenings will be held at the New Synagogue and Puppet Theatre in Žilina.

Inny / The Other (Poland)
Directed by Marta Magnuska

Under the Rib Cage (Belgium)
Directed by Bruno Tondeur

I Am Not Playing Anymore (Slovakia)
Directed by Matej Babic

The Man with the Birds (France)
Directed by Quentin Marcault