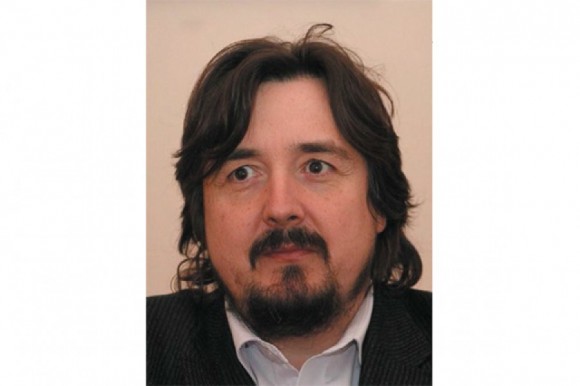 Pavo Marinković participated in the 8th edition (2013-2014) of ScripTeast with the project Ministry of Love / Ministarstvo ljubavi, a dramatic comedy inspired by the Croatian Family Law, which he later directed.

Pavo Marinković was born in Zagreb, Croatia in 1967 and graduated from the Dramaturgy department at the Academy of Dramatic Arts in Zagreb. His first dramatic works appear in the early 90s. His theatre plays, performed in Croatia and abroad, garnered numerous awards (five times Marin Držić Award winner). He worked for the Drama Department of the Croatian Television from 1996 to 2005, supervising scriptwriting on some twenty long and medium-length features and several miniseries.

Tressette – a Story of an Island / Trešeta , co-directed with Dražen Žarković (2006)

FNE: What is your most vivid memory from ScripTeast?

Pavo Marinković: The most vivid memories from Scripteast are connected definitely to the first session we had in the beautiful castle in Šterdyn. Isolated, just confronted with the stage of early drafts. And with people, all different, imaginative, from fellow attendees to consultants. It was marvelous both socially and artistically. My brain and imagination were constantly stimulated which is usually helpful…

FNE: How important it was for you to participate?

Pavo Marinković: The importance is not only in making progress with your script, which is almost inevitable. But the challenge is also how your project works internationally. How the people from different cultures would react. It was good that we got to know the other projects so we could give feedback ourselves. And also, by participating in ScripTeast, the project got some “international stamp” which was good when we were looking for the grants.

FNE: What was the most important advice you received at ScripTeast?

Pavo Marinković: I did not get any specific, crucial advice connected with the “schoolish” field of work. But what the consultants and head of the studies were really good for, was that they could push the right button on you. And this was, in my opinion, the most important part of ScripTeast.

FNE: In what ways is ScripTeast different from other script development workshops?

Pavo Marinković: Some film teachers and script consultants often make mistakes trying to bring you in the field of their own aesthetics and opinions. A bad teacher will usually try to force you to write his film, not yours. At ScripTeast no one tries to dominate you in this regard.

It is also not snobbish…we worked from art house dramas to social comedies, potential crowd pleasers. It went much more about the best way to communicate between the script and the audience, as the essence of filmmaking is, in my opinion, this communication.

FNE: What are you working on now?

Pavo Marinković: I just finished the postproduction of the ScripTeast project Ministry of Love. And I have written two new scripts. One is the biopic on Jimmy Lyggett, the black boxing coach of the national team in the fascist WWII Croatia.

The other is a comedy about a failed writer living in exile, who has to find his art again if he wants to stay in the “promised land”. It is a film about foreigners, writers, bad actors set in contemporary Vienna in the shadows of the big immigration wave.