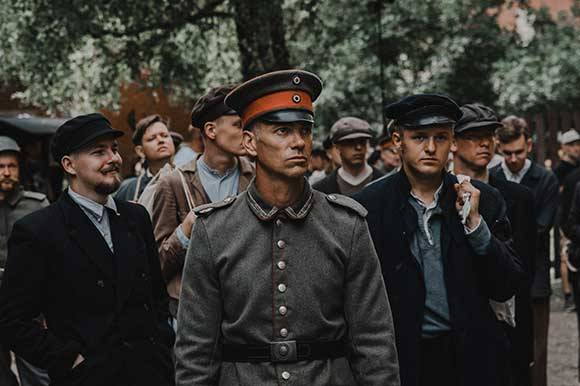 TALLINN: Henrik Ruben Genz’s war drama Erna at War / Erna läheb sõtta, a coproduction between Denmark, Belgium and Estonia starring Trine Dyrholm, is currently shooting in Estonia. It’s the first time that a film project that big is filmed in Tartu, the second biggest town in Estonia and the European Capital of Culture 2024. The project is benefiting from Estonia’s cash rebate programme.

“I’m happy about the collaboration, which brings so many international partners to Estonia and puts Tartu on the map of international film industry. I believe that this is the beginning for many new projects”, Estonian producer Esko Rips told FNE.

Erna at War is set in Jutland, the borderland between Germany and Denmark, in 1918. The film tells the story of a powerful woman Erna (Trine Dyrholm), who puts on the male uniform and joins the army to help her mentally challenged son (Sylvester Byder), who was enrolled in the army. Trying to support her son, Erna finds herself on a gruelling journey through the battlefields of WWI.

The shooting started at the end of August and will wrap on 25 September 2019. It takes place in Tartu and its surroundings, and also in Belgium and Denmark.