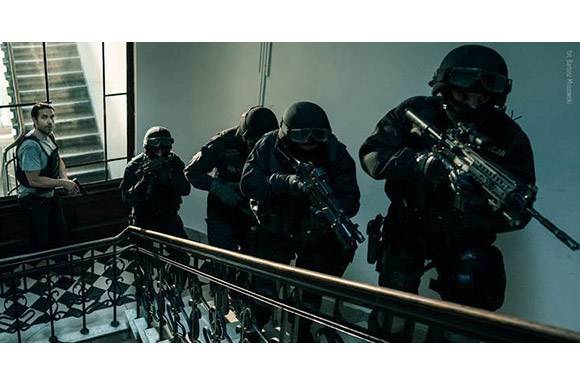 WARSAW: The third instalment of Władysław Pasikowski’s crime series Dogs tops the overall box office in Poland with 800,000 admissions, of which 400,000 admissions in its opening weekend. The film was released domestically by Kino Świat on 17 January 2020.

Writer/director Władysław Pasikowski returns to his successful hit series Dogs (also known as Pigs) from the ’90, which follows Franz Maurer, a former officer of the SB and his colleagues, finding themselves in the reality of the post-Communist Poland.

The film was produced in the summer of 2019 by Klaudiusz Frydrych of Scorpio Studio, most recognised for his work on Pasikowski's action drama Jack Strong (2014), and Janusz Dorosiewicz, the producer of the second part of Dogs. The Last Blood (1994).