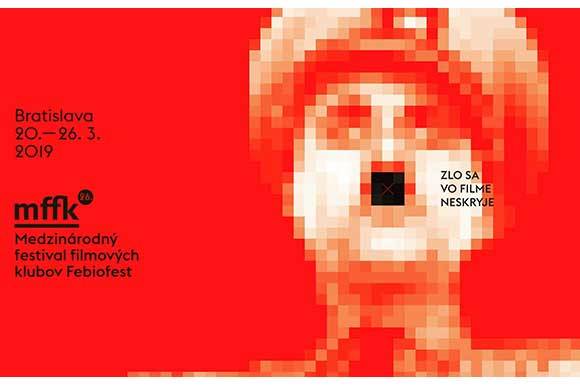 In its six competition sections Febiofest will screen more than 100 films including the premieres and pre-premieres of the latest Slovak films and television projects, such as the Slovak war documentary Lost Home / Stratený domov by Juraj Mravec, the documentary The Good Death / Dobrá smrť by Tomáš Krupa (a coproduction between Slovakia, the Czech Republic, Austria, France, Switzerland) and the documentary The Siege / Obliehanie mesta by well-known Zuzana Piussi and Vít Janeček (a Slovak/Czech coproduction).

From this year on, MFFK Febiofest is starting cooperation with the international educational and networking event Visegrad Film Forum (VFF). VFF will host top-notch filmmakers from all over the world for the 8th time in Bratislava from 19 to 23 March 2019.

The 4th Industry Days at Febiofest will take place on 25–26 March 2019 and will include a presentation of upcoming Slovak films, a showcase of educational platforms for filmmakers and their impact on quality film projects, as well as further master classes and discussion panels.

The main part of the festival takes place in Bratislava and a selection of films is subsequently screened in other cities across Slovakia.

In the Heart of Europe Competition Section:

Where Do We Go (Austria)
Directed by Siegfried A. Frühauf

Excuse Me, Iʼm Looking for the Ping-pong Room and My Girlfriend (Austria, Germany, Sweden)
Directed by Bernhard Wenger