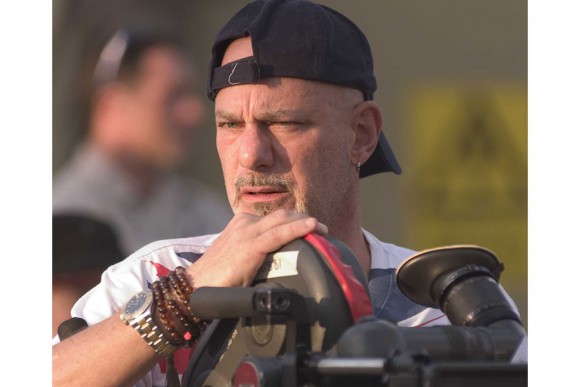 SOFIA: Action/Adventure Category 5 by Rob Cohen (The Fast and the Furious, Mummy 3) started shooting on location in Bulgaria on 29 August 2016. Shooting will wrap in 11 weeks-time and will be followed by another week in the UK.

According to a press release, the film is produced by Windfall Productions ltd. Director Rob Cohen wrote the screenplay together with Scott Windhauser and Jeff Dixon, based on a script by Carlos Davis and Anthony Fingleton.

The story follows a troubled storm chaser (played by BAFTA-nominated Toby Kebbell, Dawn of the Planet of the Apes, Warcraft and Ben Hur) and a head-strong female treasury agent (played by SAG-winner Maggie Grace, Twilight, The Taken Trilogy, Lost), who must survive the storm, save the hostages and stop the thieves from executing their heist, all while surviving 160 mph winds, horizontal rains, floods and collapsing buildings.

Shelly Johnson, ASC (Captain America: The First Avenger and Jurassic Park III) is the DoP and Niven Howie (Lock, Stock and Two Smoking Barrels) the editor. Elia Popov of GEM Effects (Mission: Impossible Rogue Nation) will create the storm on set, while the Academy Award winning VFX house, Double Negative, will do all the CGI work.