PRODUCTION: Kypris - The Great Goddess of Cyprus in Postproduction Featured 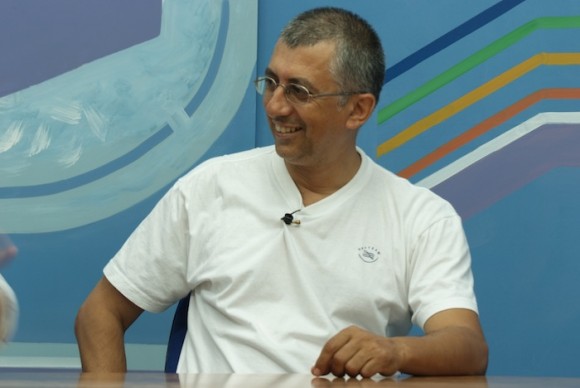 NICOSIA: Stavros Papageorghiou is in postproduction with Kypris - The Great Goddess of Cyprus, a 60 minute documentary offering an exploration of the worship of the goddess Aphrodite from an archeological, mythological, religious, art and tradition perspective.

Stavros Papageorghiou wrote the film and shot it together with Hektor Papageorghiou. He is also producing through Tetraktys Films, an independent film production company established in 1994. The budget is 150,000 EUR with 120,000 EUR already in place, Papageorghiou told FNE. He is working on broadcast presales in order to close the financing.

Shooting started in 2008 and finished in January. Shooting took place in Cyprus, Greece, UK, and Egypt. The film is set to be finished in July 2013 and have the premiere in 2013. The sales agent is Psefionline, the distribution branch of Tetraktys Films. Ten percent of the net revenues from the exploitation of the films distributed by PseFiONline are being withheld for a special fund that provides financial support to filmmakers whose films are distributed via Psefionline.

This email address is being protected from spambots. You need JavaScript enabled to view it.