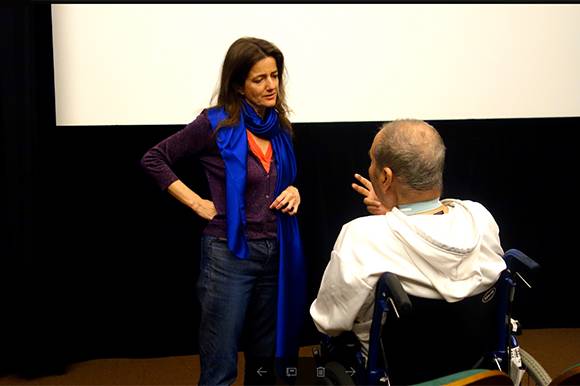 The Moroccan filmmaker Mostafa Derkaoui is starting to work again after being on sick leave for the past ten years. Today, he is wheelchair-bound, aging, isolated, penniless and as recognised as he is forgotten. Yet Mostafa is determined to make his passion project, which he knows will be his last.

As he fights for his film, a small group of cinephiles are starting to restore his legendary films. Their search for scattered originals will allow Mostafa to revisit his work. It will take him all the way back to his student films, which he will have to look for in Poland, at the famous film school in Łódź.

According to a press release, France’s Kaléo Films is producing while Abel Aflam and SOREAD-2M from Morocco is coproducing. The project is supported by France’s Centre national du cinéma et de l'image animée and the Polish Film Institute. Shooting took place mainly in Łódź.

Entertain Pictures sp. z o.o.
www.entertainpictures.com
This email address is being protected from spambots. You need JavaScript enabled to view it.