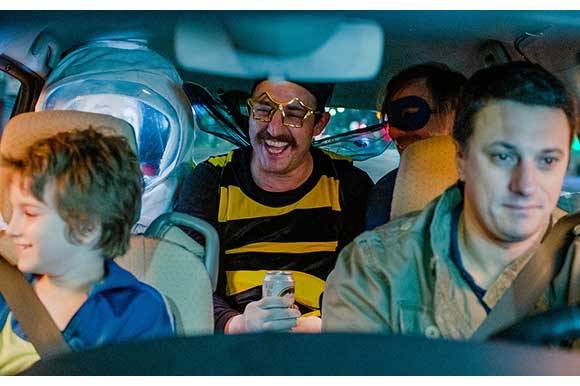 Taxi Blues / Taksi Bluz received 170,000 EUR /  20 m RDS at Film Center Serbia’s call for commercial film projects. It was produced by Marko Jocić through Viktorija Film with Klan produkcija, d.o.o. as a coproducer. The budget was over 350,000 EUR.

The key character of the film is a failed scriptwriter, who has been working as a taxi driver for years. An ordinary work day spirals into complete chaos when a boy who escaped from his foster home in search of his biological father sneaks into the car. Marko Jocić and Marko Backović wrote the script and Andrija Milošević, Todor Jovanović and Milena Predić play the main parts. Art Vista released the film in Serbia.

Miloš Avramović’s feature film South Wind / Južni vetar, produced by Režim, Eye to Eye and Art Vista, and distributed by Art Vista, reached nearly 150,000 admissions in its first seven days of release in Serbia at the end of October 2018, becoming the best opening of a domestic film in Serbia in the last 15 years.

Another Serbian success is Petar Ristovski’s King Petar / Kralj Petar Prvi, a coproduction between Serbia’s Zillion film and Greece’s Steficon, which was released by Megacom Film MCF on 6 December 2018 and racked up 52,368 admissions and almost 150,000 EUR / 17,684,467 RSD during its first weekend.