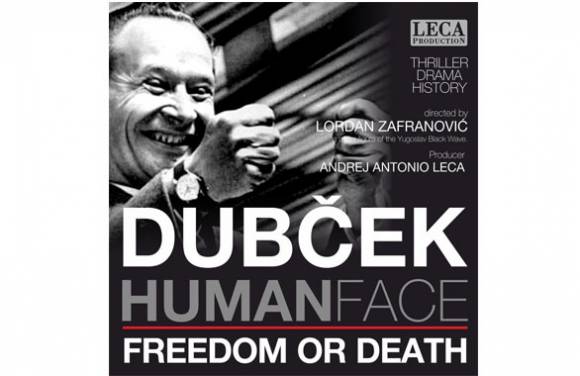 This historical thriller inspired by the life of the Slovak politician and leader of Prague Spring Alexander Dubček is currently in development. Slovak producer LECA Production plans it as the most expensive film in the history of Slovak cinema and a broad European coproduction.

„The project is conceived as a broad international coproduction between Slovakia, Czech Republic, Kyrgyzstan, France, Russia, Italy, Turkey, Norway, USA, and countries from ex-Yugoslavia. Owing to its international scope, star cast, and locations spanning Europe, Asia and the United States, our film promises to be the most expensive in the history of Slovak cinema, with a total budget of approximately 11 m EUR“,  producer Andrej Antonio Leca from LECA Productions told FNE.

Negotiations with coproducers are underway.

So far the project is supported by the Militery Forest and Estates of the SR, SOITRON , SFERA and private investors.

The film follows the story of Alexander Dubček's family through most of 20th century and combines the discovery of American and then Soviet realities, including Central Asia, where indigenous and Muslim traditions intertwined with emerging collectivisation. The reason is to show that the attempt at reform in 1968 was influenced by Dubček´s life experience, including his parents' life in America, his birth after WWI, his childhood in Kyrgyzstan, then in Russia, and his participation in the Slovak National Uprising until the hard period of fifties.

The actor to play Alexander Dubček is not yet known. The cast includes Slovak actor Ľubomír Paulovič and awarded Slovak actress Barbora Bobulová.

The shooting is planned for 2021 and the estimated premiere is set for 2022.

Producer:
LECA Production (Slovakia)
This email address is being protected from spambots. You need JavaScript enabled to view it.