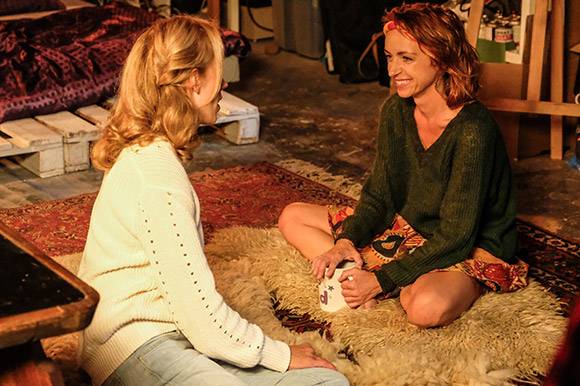 A Too Personal Acquaintance by Marta Ferencová

BRATISLAVA: The romantic comedy A Too Personal Acquaintance/ Príliš osobná známosť directed by Slovak director Marta Ferencová, topped the Slovak weekend box office during its opening (16-19 January 2020) with 70,712 admissions and 425,593 EUR gross. This Czech/Slovak coproduction is based on a story by the popular Slovak writer Evita Twardzik Urbaníková.

The director and writer follow their success from 2017, when their first film All or Nothing / Všetko alebo nič set an opening record in Slovak cinemas and became the most popular film of that year with 340,535 admissions.

The film follows the stories of three women, that represent three forms of love. Simona (Tatiana Dyková) rebuilds her life after her divorce and her son's decision to live with her father. Natália (Petra Hřebíčková) finds love in the form of a widower with a small daughter

and a devoted grandma. Eva (Eliška Balzerová) also finds out in her retirement age that her life still includes a partner love, not just the love of her granddaughter.

A Too Personal Acquaintance is produced by Czech Joy Department in coproduction with Slovak NUNEZ NFE and Trinity Pictures. The project was supported by the Czech Film Fund.