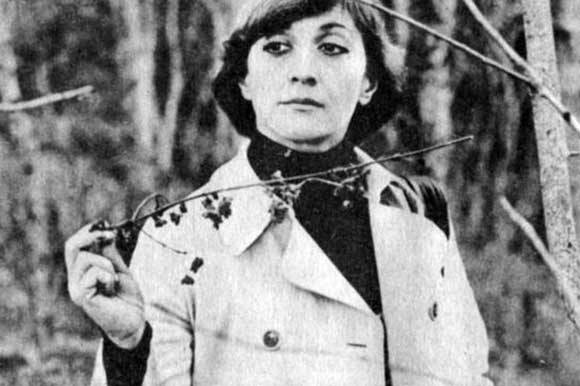 Some Interviews on Personal Matters by Lana Gogoberidze

TBILISI: The venerated Georgian film director Lana Gogoberidze is completing postproduction on the Georgian/French feature drama Golden Thread. Her 1978 film Some Interviews on Personal Matters (1978) is one of the most prominent films in the history of Georgian cinema, where the content and form of the film are uniquely matched.

The main character, the writer Elene, is almost 80. She lives with her family and due to her health conditions is confined to dwell within her apartment. Her comfort is disturbed when her daughter´s mother-in-law and former high-ranking Soviet functionary Miranda moves in to her flat. Miranda has Alzheimers disease and it´s impossible for her to be left alone. While these events occur, everyone forgets that it’s Elene’s birthday, but unexpectedly her long-time sweetheart Archil calls her. Along with the blooming phone romance between Elene and Archil, a death-and-life juxtaposition develops between the two women.

The film is a Georgian/French coproduction produced by Koka Togonidze and Salome Alexi-Meskhishvili for 3003 Film Production with 30,400 EUR, in coproduction with Jean-Louis Padis through Manuel Cam Studio with 30,400 EUR. The project received 300,000 GEL / 93,000 EUR from the coproduction funding competition of the Georgian National Film Center and an additional 470,000 GEL / 182,584 EUR. It is also supported by Georgian Public Broadcasting with 9, 346 EUR / 29, 907 GEL in full technical support, and the investment of authors. The total budget is 252,730 EUR / 808, 736 GEL.

"The autumn of life. I would like to reveal the environment, feelings, reflections and memories I live with. The characters are people of my generation, weighed down by the Soviet past. For some this past means eternal captivity; for others, a precondition for freedom and defiance. Reflections and questions I have lately been overcome with. Life is a journey, pretty short notwithstanding its longevity… Human existence between oblivion and eternity… Is the past our burden or treasure? And death – the most serious adventure on the way towards eternity. Age does not matter– always, at every moment, everything interesting still lies ahead. The power of joy and related creative ability… All of this and much more is what I have acquired throughout my life. And I have a feeling that I cannot help but share it,” Lana Gogoberidze told FNE.

The project is in the final stage of postproduction, completing sound recording and DCP production. The film will premiere at the Tbilisi International Film Festival, which runs 1 – 8 December 2019.

Producer:
3003 Film Production (Georgia)
This email address is being protected from spambots. You need JavaScript enabled to view it.