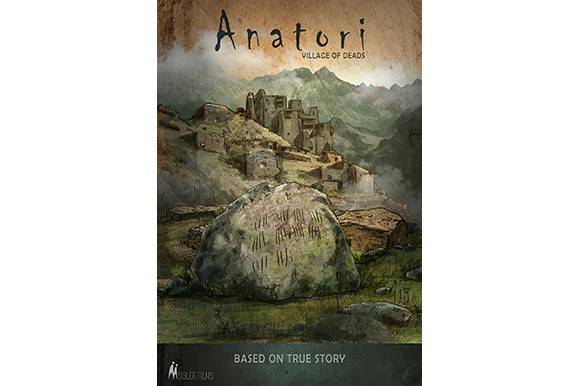 TBILISI: Georgian director Giorgi Gogichaishvili is starting preproduction on the Georgian feature film Anatori: Village of the Dead, a love story set in a village suffering from the black plague.

Long ago, there was a village of Anator in the ethnic region of Pirikita Khevsureti in eastern Georgia, which cut itself off from its neighbours because an epidemic. The story is inspired by real events in the village of the dead.

The main character is 25-year-old Gaga, from a neighbouring village, whose girlfriend is locked up in Anator. He decides to sneak into the village at the cost of his own life and spend the rest of his life with his beloved as his wife. However, time is not the only thing that precedes his love. Gaga's girlfriend, Tina, was betrothed to another villager from Anator, Mindia, when she was a child, which obliges Tina to marry him. The rule is paramount in the village and Mindia is not going to release Tina, even in the face of death.

“When you have financial backing from your country, it makes it easier for you to find financing on a foreign market, because in this case the confidence is much higher. There is already great interest in the project,” Gega Khmaladze told FNE.

Scriptwriter/director Giorgi Gogichaishvili told FNE, “There was a black plague in Anator and the village decided to lock up to prevent the spread of the disease. Their collective self-sacrifice is a very human act. We cannot even fully grasp what their self-awareness, patience and courage were like. These women, children and old people died silently to  protect the world outside; The visuals, colour and aesthetics of the film will be similar to the inner world of its characters. This world is somewhat exotic in its rules and rituals, but in the end it is still more realistic.”

The project is in pre-production.

Producer:
Sibler Films (Georgia)
This email address is being protected from spambots. You need JavaScript enabled to view it.