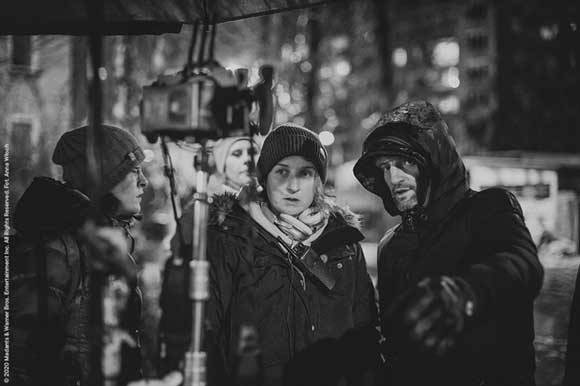 WARSAW: Other People, a Warner Bros.- Madants coporoduction, will be the debut for director Aleksandra Trepińska. The film is based on a bestselling novel and is made with the support of the Mazovia Warsaw Film Commission. It is set to open in cinemas in the fall of 2020.

Kamil Janik shares a tiny apartment with his mother. He has no prospects, does casual jobs and occasionally deals drugs. Iwona is a young woman who cannot cope with her life. She cannot carry on living in a marriage in which she feels invisible. The middle-class environment is depicted as full of shiny toys which you can buy on credit. Both characters are trying to put their lives back together. They are seeking scraps of meaning in their existence, but they are unable to go beyond everyday life and shallow relationships. Other People is based on the 2018 acclaimed novel by Dorota Masłowska. Since her award-winning 2002 debut Snow White and Russian Red, Masłowska has continued to be one of the most highly praised literary voices of her generation. The cast includes Sonia Bohosiewicz, Sebastian Fabijański, Jacek Beler, Magdalena Koleśnik, Marek Kalita and Beata Kawka.

“Kamil, Iwona and other characters in the film don’t have access to their true desires; using clichés at every turn makes them unable to see a human being either in themselves or in other people. Their world lacks love and a caring look at another person. The fact that Dorota Masłowska’s book is written in a form of a freestyle rap narrative, gives an opportunity to create a unique rap musical,” Terpińska said.

The shoot started on 11 February 2020 and will run till the end of the month. Beata Rzeźniczek and Klaudia Śmieja are producing through Mandants in coproduction with Warner Brothers. The project received production support from the Polish Film Institute and the Mazovia Warsaw Film Commission. The premiere is planned for the end of 2020 and the Polish distributor is Warner Brothers.

Madants (Poland)
This email address is being protected from spambots. You need JavaScript enabled to view it.
Warner Brothers