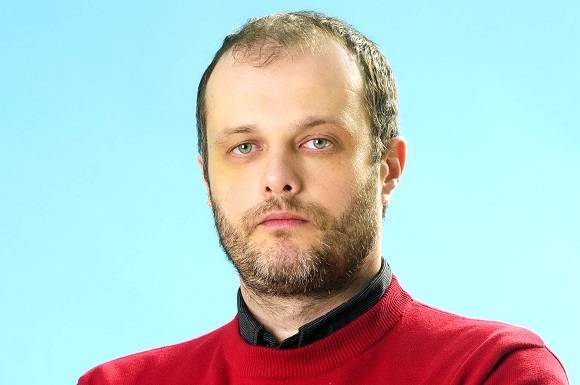 BELGRADE: FNE spoke with Gordan Matić, who was appointed Director of Film Center Serbia in the summer of 2019. He shared with us his thoughts on the challenges and opportunities the Serbian film industry is facing today.

FNE: In your opinion, what would be the greatest challenge you have come across upon assuming the position of the head of Film Center Serbia?

Gordan Matić: This would certaintly be finding out the most effective and immediate means of building ever more solid ground for the further improvement of both Serbian film / film industry and Film Center Serbia’s capacity to provide Serbian film professionals of all generations and all categories with the support they need.

FNE: And what would be the most crucial characteristics of Serbian film nowadays?

Gordan Matić: Its vitality, its essential strength deriving from its core and its tradition of overcoming productional limitations, the meeting of different geneations, then honest efforts to keep up with current trends, as well as evident striving for making films which could turn out to be solid or even major domestic box office hits.

FNE: How do you perceive the current position of Film Center Serbia in between film professionals / filmmakers and the state itself?

Gordan Matić: Quite simply, it is what it is and what it has to be. Film Center Serbia naturally assumes that medial position and it is up to us to make the best of it while taking good care to protect both sides and their interests in the process and, if possible, to broaden our capacities and overcome ever-present limitations and obstacles.

FNE: Would it be safe to say that Serbian film has regained the trust of moviegoers in your country?

Gordan Matić: Yes, we could say that. We have had a visible string of strong domestic box office hits, starting with a smashing hit South Wind / Južni vetar, and it is essential to maintain such a valuable tradition, always having in mind that arthouse cinema necessarily needs commercial films as its natural and reasonable counterpart. Thus, we insist on keeping Film Center Serbia’s contest for the co-financing of potenially commercial and/or genre-wise film projects alive and running.

FNE: And speaking of arthouse cinema, what more could be done to have more Serbian films in prominent places in major film festivals worldwide?

Gordan Matić: I would go as far as to say that we are already on the right track when it comes to that issue. This year’s Stiches / Šavovi directed by Miroslav Terezić and its performance at the Berlin Film Festival is certainly a good example for such a judgement. We simply have to find more and more productive ways to make Serbian arthouse films more visible, either through more sizeable networking or through supporting such projects even more until they can stand on their own feet, as it has been the case with new Romanian films lately, for example.

Gordan Matić: Of course, and that is why we insist on maintaining the network for minority coproduction contests and on providing it with even more support, finacial and other. Apart from being a strong European trend, minority coproductions are something that comes naturally and Serbia is extremely proud of recent achievements, such as Alexey German, Jr.’s Dovlatov or Angela Schanele’s Ich war zuhause, aber... And, of course, it is vital to keep up coproductions going strong in both directions, as you’ve mentioned.

FNE: Are you satisfied with the results of the incentive scheme for foreign film productions shooting in Serbia, given the fact that Film Center Serbia is an integral part of the process?

Gordan Matić: Yes, we certainly are. Serbia has found its prominent place on the map but it proves to be an almost daily struggle to keep up with the competition and to attract even more ambitious and prestigious foreign productions, thus making our portfolio even more presentable for upcoming collaboators of the sort.

FNE: You have mentioned decentralisation as an immediate necessity in film industry in Serbia, so what could be done about that vital issue?

Gordan Matić: That is something that my FCS team and I are already working on. It is certainly a necessity but an obligation as well, to give everybody in every corner in Serbia an equal chance to be a part of creative processes in film industry. And in turn, that could unlock the hidden creative powers of new voices and trends in Serbian film. At this point in that process, we are doing it through education and paving the way for actual institutional support for those creating and working outside the Serbian capital.