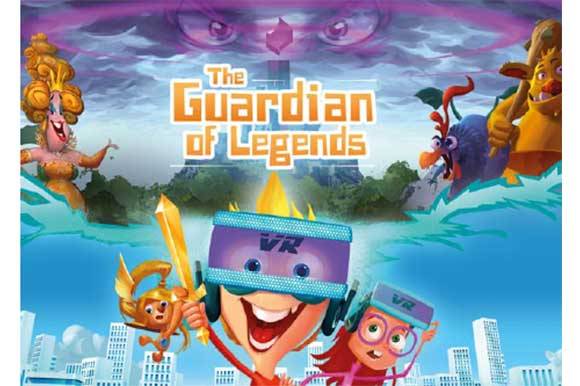 The Guardian of Legends by Tomek Niedzwiedz, Waldek Mordarski

TREBON: Polish production house Badi Badi builds on the international success of their previous projects with The Guardian of Legends, which was pitched at the CEE Animation Forum, taking place in tandem with the Anifilm festival of animated film, that concluded on 12 May 2019.

The colorful 3D/CGI animated feature adventure comedy aimed at family audiences and children ages 6+ was presented by executive producer Magda Rawa and will be directed by Tomek Niedzwiedz. The main characters are a 7-year-old boy and his 11-year-old sister, who get caught in a VR game and together defeat the villainous hypnotist who controls the game.

The 90-minute film has a budget of 2 m EUR, with the Polish Film Institute and Creative Europe MEDIA supporting the development stage. The production has a German distributor and 30% of the budget is already covered. The film will have a 24-month production phase, with release planned for the winter of 2021.

Supported by the Polish Film Institute and Creative Europe MEDIA