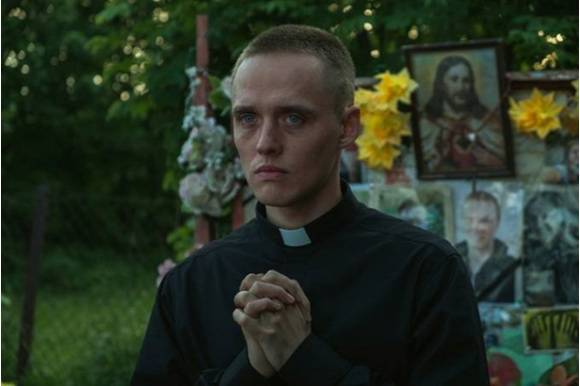 WARSAW: Jan Komasa is working on his new drama Corpus Christi, a Script Pro winning project about a convict posing as a priest.

Komasa is most recognised for Suicide Room (SF Kadr) and Warsaw 44 (Akson Studio). His new film, Corpus Christi, follows a 20-year-old man, who experiences a spiritual transformation in a youth detention center. He dreams of becoming a priest and when he is denied access to the seminary, he decides to pose as the minister of a small town parish.

"Everybody wanted to be someone else at one point. I want my film to depict the very real conflict between what society needs us to be and what we want to become, what would realise our full potential," Komasa told FNE.

The shoot for the film began on 17 May 2018 in the Podkarpacie region and will wrap in the second half of June. The leading role is played by Bartosz Bielenia and the cast includes Tomasz Ziętek, Eliza Rycembel, Aleksandra Konieczna, Łukasz Simlat and Leszek Lichota.

Corpus Christi is based on a Script Pro winning project written by Mateusz Pacewicz. Piotr Sobociński jr. is the DoP. The film is produced by Leszek Bodzak and Aneta Hickinbotom through Aurum Film in coproduction with Canal+ and WFS Walter Film Studio, with a budget of 1.1 m EUR and 356,638 EUR / 1.5 m PLN support from the Polish Film Institute.

The Polish distributor is Kino Świat. The date of the Polish premiere has not been announced.

Aurum Film
www.aurumfilm.pl
This email address is being protected from spambots. You need JavaScript enabled to view it.