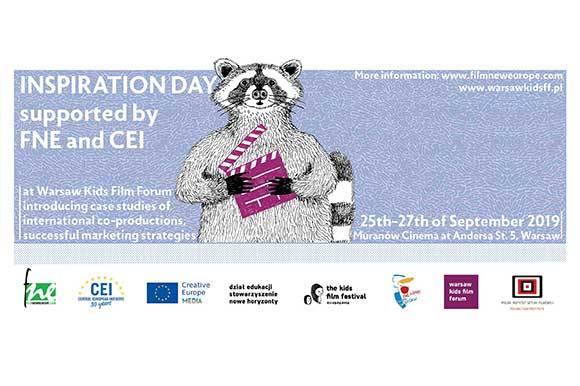 WARSAW: An expected 270 guests are attending the sixth edition of the Warsaw Kids Film Forum, a three-day international industry event running through 27 September 2019. The numbers of attendees has grown by some 30%, thanks in large part to a new sponsorship from FNE and Central European Initiative (CEI), WKFF Project Manager Zosia Horszczaruk told FNE.

A total of 27 projects representing 15 countries are being pitched, along with one special Polish work-in-progress presentation. Seven of the projects are Polish productions or coproductions, but the forum is clearly an international event with industry representatives from across Europe and Canada.

The market for distributing children’s films in CEE territories has developed to be on a par with West European counterparts, according to Stine Bomholt-Hansen of Danish sales agent Level K. In terms of films being made in the region, however, she said that CEE films are often based on local folklore, which is so rooted in the history of the individual country that it’s difficult for the films to translate and sell in other territories.

Level K’s success from the CEE region includes the 2017 Polish action adventure film Double Trouble (Koi Studio) directed by Marta Karwowska, which was sold to six territories. A sequel to the film, Triple Trouble written by Karwowska, is being presented in this year’s Works-in-Progress selection. Level K had an even bigger success with the 2016 Czech/Slovak/Croatian coproduction The Oddsockeaters (Total HelpArt T.H.A. , Czech TV – the Film Centre, PubRes , Alkay Animation Prague and Filmosaurus Rex) directed by Galina Miklinova. The animated film was sold to 14 territories and has one major merchandising deal to date.

On a more general note, representatives from TV networks in Norway, Italy and France discussed the latest trends for kids content. TV stations are more willing to tackle difficult topics in programming for younger viewers, such as sexual abuse of children. Public broadcasters are working on ways to attract young viewers to their networks, as well as fighting off the major players from poaching their product, with Netflix cited as a competitor with deep pockets who can pick up future seasons of shows that do especially well.

Creating interest for local content beyond domestic territories is another challenge. YouTube is noted as a platform to launch a new series, but for public broadcasters it’s a controversial choice, with the current criticism of younger viewers’ use of social media.