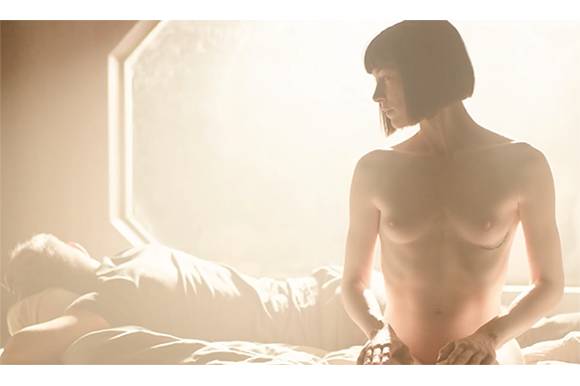 BELGRAD: The first Serbian genuine science fiction film, Erdelezi Rising by Lazar Bodroža, is in postproduction and its authors are eyeing a world premiere at one of the major world film festivals this winter. Erdelezi Rising marks yet another local production supported by Film Center Serbia.

This is a story of an astronaut sent on a long intergalactic mission. During the flight he falls in love with a female android accompanying him on the mission and starts believing that there is a real person inside the machine.

Erdelezi Rising is directed by Lazar Bodroža, a prominent visual artist, who directed two short films, Gorski vijenac / The Mountain Wreath (2006) and Uber-Life: An Interctive Movie (2010). It was scripted by Dimitrije Vojnov, the most sought-after Serbian screenplay writer of his generation. The script is based on Zoran Nešković’s short stories. The director of photography is Kosta Glušica in his first feature film involvement so far.

Ederlezi Rising features adult film star Stoya in her first non-porn role. Stoya is also an influential public figure, feminist and social activist, writer and columnist for The New York Times, The Guardian and Vice magazine. Her co-stars in Ederlezi Rising are Sebastian Cavazza, the most popular Slovenian actor at the moment, who is frequently seen in regional film and TV productions, and Slovenian actress Maruša Majer, acclaimed as one of the Shooting Stars at the 2017 Berlin Film Festival.

The film, which is in English, is produced by Aleksandar Protić and Jonathan English through their production companies Mir Media Group and BALKANIC, Inc. respectively.

Ederlerzi Rising was shot between November 2015 and June 2017 with a budget of around 350,000 euros. The film has been supported by Film Center Serbia.

Aleksandar Protić – producer
e-mail: This email address is being protected from spambots. You need JavaScript enabled to view it.
tel: +381 63 379629

Jonathan English – producer
e-mail: This email address is being protected from spambots. You need JavaScript enabled to view it.
tel: +1310 922 0344