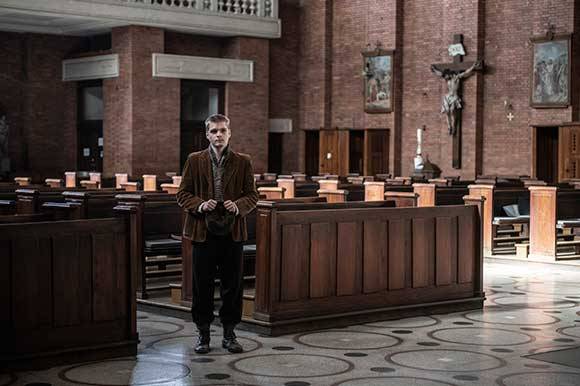 „Given that the editing of the film has started and the actual implementation has been very time consuming, the projected date of completion is the beginning of 2020. We would like it to be in January, but March 2020 is more realistic,“ producer Marian Urban told FNE.

The film tells the story of young Kryštof, who lives as a fresh postulant in a community of monks. He shares with his brothers not only their world of contemplation, but also, as a link in a long chain, he conveys those persecuted by the communist regime across the borders to Germany. Kryštof wanted to escape from the profane world to the monastery, but now he must run to save his bare life and to realise that this is his last chance to rebel against the brutal political power and rescue a loved one.

The main characters are played by Mikuláš Bukovjan, Dávid Uzsák and Alexandra Borbély.

The coproducers are the Czech Television, Slovakia’s RTVS, UN FILM and FULLHOUSE Production Group, as well as Barrandov Studios from the Czech Republic.

The 47 shooting days took place on different locations in Slovakia and the Czech Republic.

The release is expected for the autumn of 2020. Bonton film will release the film theatrically both in Slovakia and the Czech Republic.